Disjunction Preview: There Be Corruption In Dem Corporations

King Of Seas Preview: Sail To The King, Baby

This is a Partisans 1941 preview based on an early release – the full build will be available in October. Due to its current state, no review score has been provided, but be assured this ranks highly.

On a somewhat comical note, this game was going to get me in trouble. My intentions were good; start up the game, play the tutorial and maybe dabble with a level to get an idea on what to expect. Later on, when the kids had gone to bed, I’d apply a bit more time.

Getting up before everyone else, I walked the dog, grabbed a brew and made a start on the tutorial before breakfast. What seemed like an hour or so later, my wife asked what we all wanted for lunch. I had been playing for about four or five hours without realising. Partisans 1941 is undoubtedly a fantastic strategy game.

The tutorial was the blueprint for my future endeavours: stealth. As the game begins, you play Alexey Zorin, a Red Army commander, taken to a secluded spot to be assassinated by your German captors, but you manage to escape.

Armed only with a knife, you have to dispose of enemies silently, get rid of their body then move on. When the skill tree is introduced, you have the option to improve on pistol skills, cover control and more, but the first upgrade was knife throwing. What else do you need?

Before long, you’re able to recruit a team, each with varying skill sets of stealth, explosive expertise and those that can wield shotguns and mounted machine guns. Of course, you get to control each team member, or you can select as a group to reach a common goal.

As Partisans 1941 is a tactical combat game in real-time, so you need to have a strategy before planning your offence – especially when committing to an ambush. Pressing the spacebar slows downtime, and you can concentrate your fire on one enemy, or prepare for an inevitable counter-attack.

A skirmish is usually swift, as it would be in real life, with both parties only taking a couple of hits before death. Fortunately, you can revive your comrades without the need of any items, but to restore health, you need first-aid kits which can be found hidden on the maps or drops from the enemies.

Partisans 1941, from Daedalic Entertainment and Alter Games (Twitter link), is a calculated experience as it really is a life or death matter as going in gung ho or expecting to be able to hold up infantry with pistols and a rifle is futile.

Instead, you have to scout the areas, learn enemy paths and behaviours, but working out how to dispose of an enemy is tricky too as you will run out of ammo, plus if you do get away with it, will a patrol find the body?

The controls are intuitive as you select points of interest to cover behind, loot or hide inside – cellars, bushes and haystacks are all options. The camera mode was on the tricky side as the screen won’t automatically follow the player in control; instead, you have to follow by using the w, a, s and d keys and zoom in and out with mouse wheel.

I did switch to movement by the mouse, but it didn’t work as planned so switched back. It’s not bad, it just feels a little clunky, and when things get hairy, you need to be quick in giving out orders.

Each level has the primary objectives, secondary, and then optional ones such as locating resources. Outside of the main gameplay of stealth and combat, you will return to your base in the woods to further expand with a medical tent, improved weapons and the gathering of resources.

In these sections, tasks are automated once you ‘end the turn’. What that means is allocating a soldier to a task such as daily missions, gathering food or spreading propaganda. You don’t directly play these or spectate, but the likelihood of success is shown as a percentage based on your character statistics.

Something that stands out in this management approach is injuries. You can heal your players directly with first-aid kits and rest them at your base. Still, if you don’t take care of any significant injuries, you’ll find that they become sluggish in battle, their morale has dropped, they can’t operate specific arms or the inability to use a special skill.

You Can Go Your Own Way

As a preview version of the game, it’s in the early stages so there will be bugs. So far, I haven’t encountered anything detrimental, nor am I actively looking unless it’s something that spoils gameplay. The visuals are very good but were a bit washed out in places and the textures a little poor in areas.

As for the difficulty levels, they reflected their respective challenges, though I’d say the default is just the right challenge for most. Patience is definitely required, and it’s brilliant that you aren’t restricted to one approach of play.

In one mission I flanked enemies on one side of the map with just one of my characters, but when I got caught in a crossfire which resulted in frequent quicksaves and loads, I tried an entirely different approach of avoidance, and it worked a wonder. The same map was a completely different experience.

The code received for Partisans 1941 is the preview one as mentioned, so this doesn’t get a score, but if it did, it would be top marks. This is a game to watch, and I would recommend in a heartbeat for any strategy fans out there that want something a little dynamic.

Aside from the core gameplay, the skill trees and resource management areas are fantastic, and Partisans 1941 quickly reaches the accolades for one of the best games of the year, so far.

Wishlist it on Steam here.

In essence, a true definition of dystopia, G String is an atmospheric first-person experience set in the cyberpunk genre. 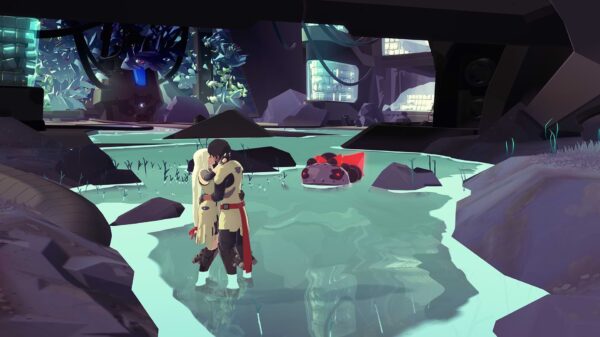 Haven Makes A Place For Switch, PS4 and Epic Games Store In February

A tale of love and also rebellion, Haven finally reaches the Switch and PlayStation this February 2021.

Renzo Racer Is A Comical Kart-Like Game Out On PS5

A racer featuring 16 characters over 20 tracks and for to four players in local multiplayer: Renzo Racer on PS5.

In essence, a true definition of dystopia, G String is an atmospheric first-person experience set in the cyberpunk genre.