This is my third venture into the Welcome To Elk universe. The demo on Steam lured me in the first time with the visuals – I’d previously compared it to the likes of Bob’s Burgers, but it was the characters and story that piqued my interest.

As for the second attempt, it was a prologue of sorts. The focal point here was an isolated event that tells the tragic story of two of Elks’s inhabitants. It reappears here in the full game, and just as hard-hitting.

Not part of that same storytelling alumni as is prevalent in the game, as it’s taking a while to get to the point, this third experience is based on the full release of Welcome To Elk, available now on Steam. Is it as enchanting as the first time around?

With the same introduction as the demo, we get off the fishing/ferry boat and arrive at Elk. As Frigg, we’re accompanied by Jeppe, a local who brought you here for your new life as a carpentry apprentice.

Despite already playing this section, I was soon grabbing screenshots of everything, more than happy to use as desktop wallpaper to admire the use of colour. The backgrounds are beautifully illustrated in black and white, with occasional points of interests that pop with colour.

The characters are also in full colour – imagine that! This really makes them stand out and allow you to appreciate the vigorous colour choice. It doesn’t mute the character of Elk though; this is a living, breathing self-contained campfire of anecdotes, life experiences and remarkable charm.

My only critique with the design choice is the same as before: the movement. Characters walk like they’re kids pretending to be drunk like mummy and daddy, a little wobbly but ultra upbeat when they move. I suppose this helps dilute the dark themes that the game covers, but occasionally, it ever so slightly veers away from the mature themes.

Back to her arrival, and Frigg is introduced to the inhabitants of this remote island and begins to experience their quirks, briefly as an observer, but before long, an integral part of the community that is helping them keep it together.

Elk itself isn’t a particularly large space to explore, and often there will be a few moments of backtracking to the pub, then to your home, back to the pub… Welcome To Elk is driven by the stories that are told, complemented by more mini-games than you can shake a stick at.

The first mini-game is a simple rhythm piece where you have to pull off dance moves while mimicking a resident. It’s not remotely difficult, and the pattern with all these mini-games is about having a bit of fun without the fear of failing.

After this introduction, Frigg heads back to her to the place where she’s staying, only to spew lung butter as she goes along. This colourful, child-like persona the game gives takes a swift tone with equally colourful language and a series of dreams that slowly begin to make sense.

Back to the mini-games. Other than similar rhythm-like games where you play both Frigg and another character, you can sing-a-long to a musical piece. While it’s elementary in application, I absolutely loved it.

Other games are mostly irrelevant like mini-golf, fishing for beer and making images from cut out newspapers. However, they all add to the experience; you’re a visitor to Elk, and you’re welcomed in a way that makes you want to try out everything it has to offer.

I was a bit surprised on how central the pub, The Hermit, is in the game. Almost every problem is resolved with a beer. Sounds like a plan, and it’s not too different to us Brits having a cup of tea in every situation. Moving house? Have a cup of tea. Split up with your long-term partner? How about a nice cup of tea? Facing lockdown for a further six months? Would a cup of tea be out of the question?

Explore your surroundings, and you’ll find a crazy amount of beer stashes tucked in the snow, in fish crates – even suitcases. A couple of times, Tuborg beer is mentioned. If you haven’t tried it, I recommend it. Surely it wasn’t product placement, and Triple Topping are simply fans?

On that note, there are a lot of Easter eggs in the game, perhaps more so for the development team, but some of the in-game achievements relate to finding gig posters or interacting with a car.

Ignoring the jalapeno, I’d be up for one of Astrid’s hot dogs.

Another aspect is the inclusion of real people in the story. On occasion, there’ll be a story in the game that has been influenced by something that actually happened, and you’ll see a handful of real footage of people recalling the event.

Welcome To Elk is already engaging, but this storytelling mechanic made it feel even more real with actual people. It’s further reinforced by Frigg finding artefacts that retell the event in a bit more detail.

It’s a thoroughly compelling storytelling device. One of the stories describes the cracking of eyeballs in the extreme cold and another about murder. The latter story was portrayed in the prologue and still has the same impact, but the live footage was reshot for some reason. Content-wise, it’s the same, just less visceral as the first video.

Another aspect that has to be noted is the soundtrack: it’s wonderful in finding the right mood for the story segments. There were a couple of recurring tunes, like a reprise, and it indicated something profound would happen, continually getting a response in the old mood factory.

The gaming experience for Welcome To Elk was a bit of a rarity in that I played with headphones on the whole time. This allowed me to pick out ambient sounds you’d expect to hear on a remote island – notably the wind, which I may have missed without the cans, and for some reason, I found it quite comforting.

Everyone Has A Story To Tell

As Frigg says, there’s never a dull moment, and she’s right. Welcome To Elk is the epitome of storytelling; no matter how trivial it may seem, everyone has a story to tell, and they are forever immortalised by passing down to others. Sure, the translations and meanings get lost along the way (there’s a fair share of history books that are no doubt, wildly inaccurate).

Still, the power of storytelling has existed since we all came into existence, with our cavemen ancestors drawing on walls to teach the dangers outside and the theory of Pi. At least, that’s how the story goes.

These stories we share are everywhere from books to music, shopping habits to videogames and Tripple Topping have managed to fuse some innovative techniques that make it difficult to separate fact from fiction. What is real in the world of Elk?

By the end of the game, I genuinely had goosebumps. Welcome To Elk was an absolute joy. 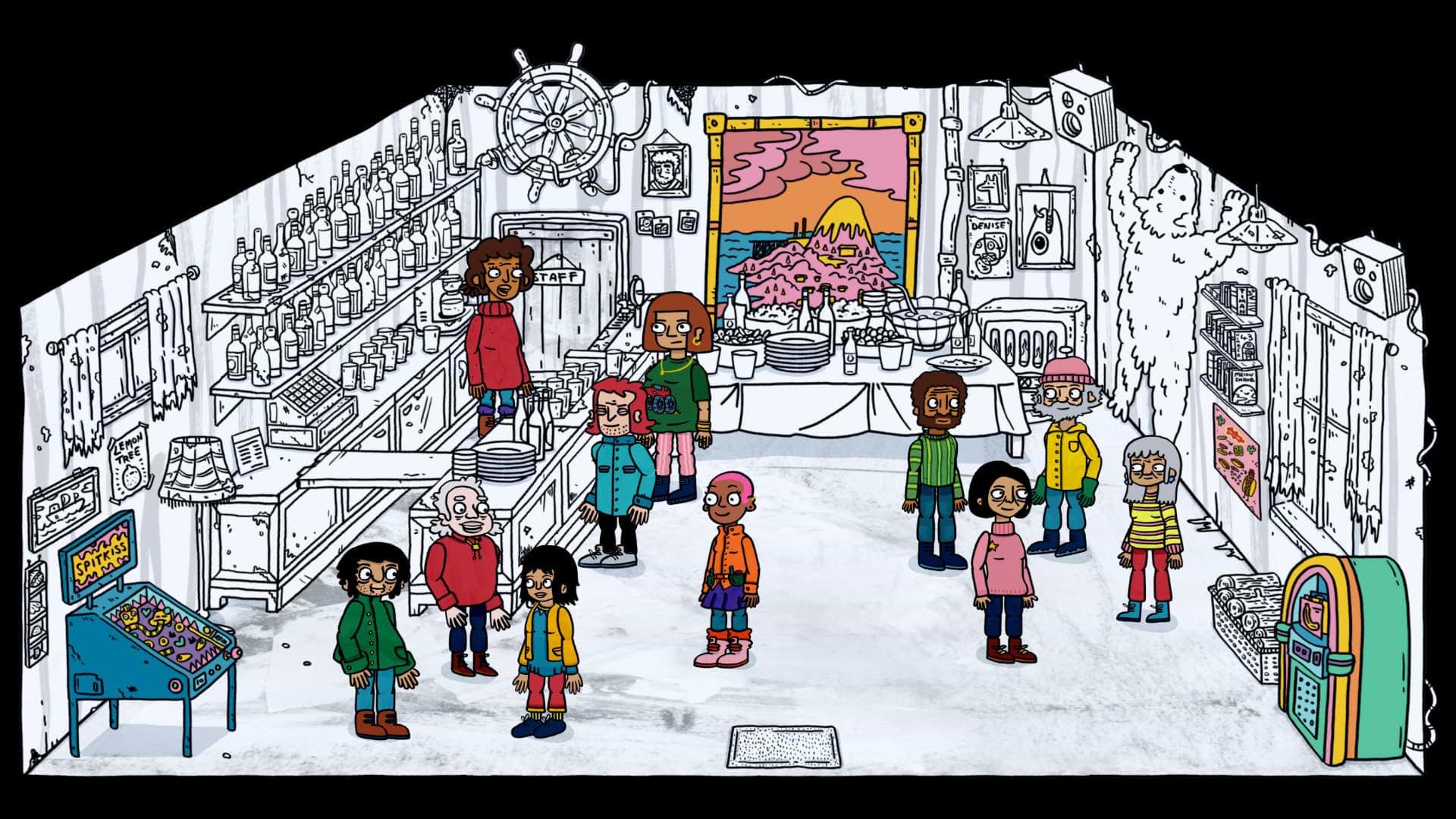 There's a reason why Welcome To Elk received all these accolades for storytelling and having taken my time to soak it all up, wholeheartedly agree. While the tone can get melancholy in places, that doesn't mean it can't be enjoyed. Poignant, poetic and boozy.