The Night Fisherman Is A Tense But Brief Narrative 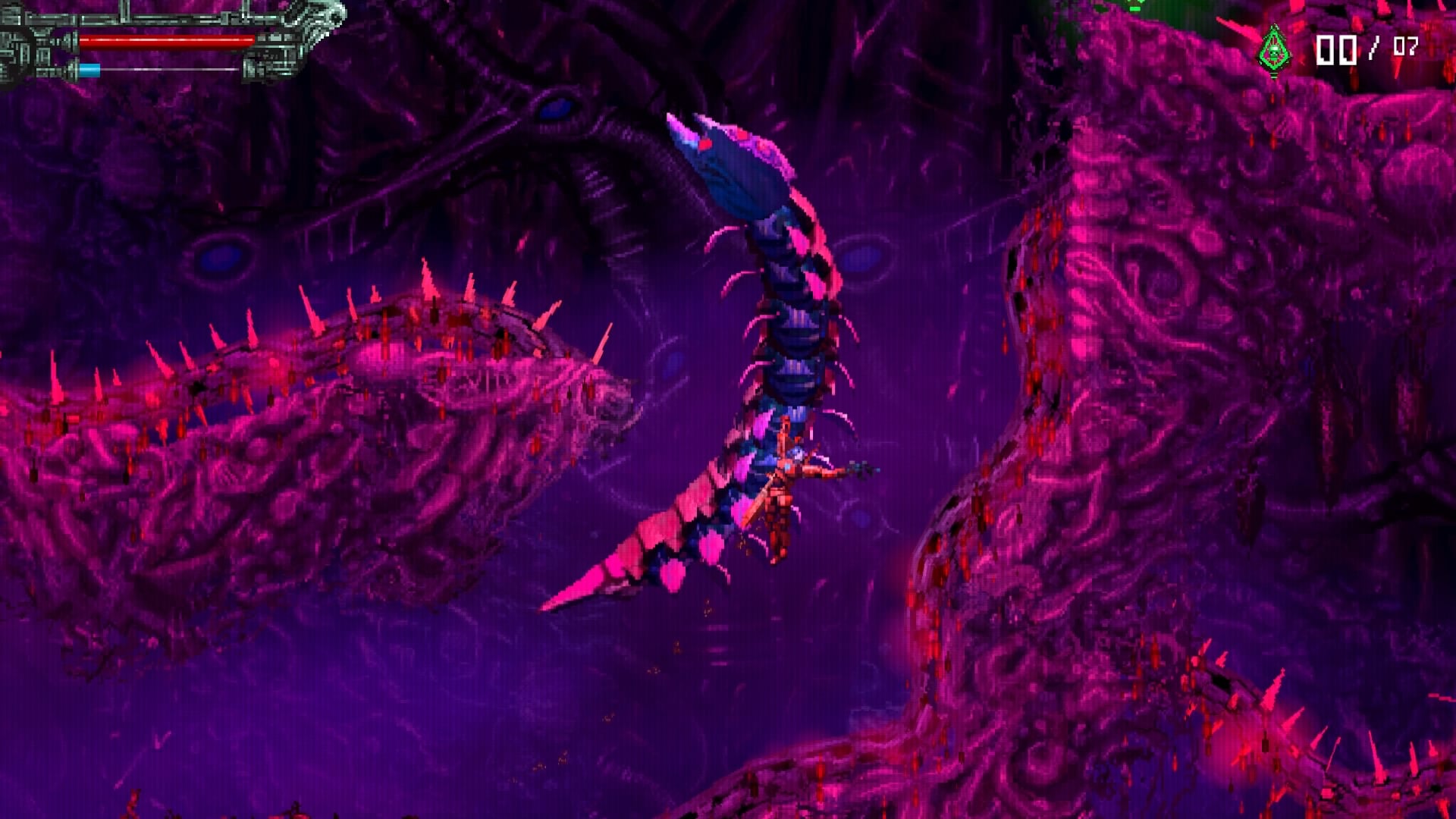 Keep hands inside the worm at all times
One of the first things that come to mind when playing Valfaris PS4 is the difficulty. This isn’t a metroidvania clone or trying to trend with all the other titles in the stable – this is a bona fide, old school run and gun platformer. Back in the day when your folks were bumping uglies, us relic gamers were playing this sort of game. Think Shadow of the Beast, Strider or something for you youngsters, My Friend Pedro. These games were hard, but we didn’t know anything else. Here’s the premise in a nutshell: Valfaris – a once-bustling citadel for all the space boys and girls reappears after a bit of hiatus, and has become rotten to the core. It’s inhabitants now a population of nasty aliens and abominations threatening everyday life for the common man. Our hero is Therion, a native to Valfaris, who intends to clean up the floating fortress with the diplomacy of a grenade in a bunker. Blood will be shed, as will tears: Valfaris is hard. That’s our story – don’t expect it to get complicated, it’s all gameplay from here on, with our titular hero. Therion is as hard as nails. He rocks up to the gig (Valfaris) fashionably late in his wolf-like spaceship, his hair burning blue like he just walked out of a salon. Usually, there isn’t time for questions, but there is always time for a tutorial. Luckily then that it’s only brief, telling you what button does what, but it’s all intuitive nevertheless.

Death To All But Metal

The button setup is simple. First up is the standard-issue blaster with an endless supply of ammo and no reloads, bonzer. There is the melee attack in the form of a plasma sword at the start, which slowly solidifies into something much more dangerous. The final weapon is the heavy attack in the form of rocket equipped guns, super shotguns and a rubber chicken with a pulley in it. All of Therion’s toys can be upgraded to be a bit more devastating or energy efficient. As there aren’t any bullets or rockets to collect, both the melee and heavy weapons use energy which can be accumulated through enemy deaths, or scattered around the levels. The starting blaster is always good to fall back on though as it doesn’t use energy and can effectively get you through the game with each upgrade tier (four in total). Upgrades can be obtained through blood metal. These are like weapon parts as you can exchange them for improvements and they aren’t locked to individual weapons – they can improve any weapon. Unfortunately, they are quite scarce, so you need to them wisely or use the resurrection idols. Collect enough of these, and you can upgrade your weapon at the sacrifice of a checkpoint. Whaaa? It’s getting complicated now. Not really. Resurrection idols primary purpose is to use at a resurrection point. If you die, you’ll return to the last checkpoint but use up your idol. If you’re as hard as Therion, you can stride past the resurrection points and stack up the idols. Alternatively, hold on to them long enough and see your stats (health and energy) increase. Unlike a typical rogue-like or souls-like title, you keep everything after death. You don’t lose your idols, blood metal or weapons. Unless you’re activating each resurrection point in Valfaris, expect to return to the beginning upon death. Get this: if you defeat a mid-boss/swarm of enemies before a checkpoint and don’t use up your resurrection idol, you’ll have to do it again. On that basis, Valfaris is hard if you scraped past the section before it. Still, so much more unforgiving than most modern titles. Sekiro comes to mind. Again.

The developers, Steel Mantis, also made Slain. Now, I haven’t played that so I can’t put a cheeky link in here so instead would encourage you to do your own homework. I will be buying it at some stage so I’ll do a review when I can. From what I understand though, they have a similar theme; notably the soundtrack. One of my favourite parts of Valfaris is the heavy metal soundtrack. It’s awesome. I suppose if you don’t like thrashing guitars, it could get irritating but I loved every minute of it. The riffs kick in just at the right moment, and the volume seemingly adjusts to the action. Least, that was my interpretation. I was totally absorbed, and this is by far one of the best soundtracks that suits the style of play. Appearance-wise it’s a pixel art type game. I’m sure it isn’t for the sake of it, but as the team is pretty small, I would imagine a different approach would be too unrealistic. It works perfectly here – there’s no slowdown (that I witnessed, your honour) and you can concentrate on the raw gameplay without any gimmicks. There’s a scanline option, but I wasn’t a fan this time around and stuck with the original out-of-the-box appearance. The overall presentation was impressive – from the headbanging music (and literal headbanging on receiving new loot) to the 2D explosions, Valfaris doesn’t disappoint. On my first playthrough of Valfaris PS4 (erm…), I was thinking how refreshing it was to have a health bar and not losing all my stash upon death. That’s my sort of game. That, and the option to have a cheat code. Oh, how I miss the Action Replay. Look it up. Yes, Valfaris is hard but is it too hard? No, not really. In my opinion, and that’s why you’re reading this, I feel that the difficulty is spot on. If you’re committed to the cause, there’s no reason why you can’t beat the game. Though I would have loved it if typing ‘Valfaris cheat codes’ into Google resulted in a god mode, or unlock all of the weapons fully powered. Yeah, I know it’s cheating, and I’m repeating myself, but I was desperate a few times.

Valfaris PS4 Version Is Out Now

Interestingly, the desperation wasn’t as hair pulling or controller throwing as one would expect. Not once did I encounter a game over title, and I certainly had my fair share of deaths. I was quite pleased to see I had unlocked a few trophies early. On inspection, one of them was for dying 50 times. Not such a prize in my eyes, but if it meant I was able to eradicate the nasties on Valfaris and return it to the people, then my deaths weren’t in vain. Whenever I got stuck, it wasn’t because the game was unrealistically hard, I just hadn’t developed a strategy for a boss and just needed to exercise a little patience. I suppose it’s a bit like my Metal Slug 3 review in that people can do speedruns without taking a hit. I was replaying the latter earlier in the week, and I think I died a dozen or so times on the first stage – despite attempting to do it in one. Valfaris is the same in that it rewards the elite with achievements galore. I don’t expect a platinum trophy (or gold for that matter) in this game. Disclaimer: I don’t really adhere to the ratings system for my reviews as it’s all subjective. If you’re like me, something might resonate, and my opinion may sway your decision to buy one of these games. Just remember to say old Vulgar helped you with that. In summary, Valfaris is one of the best games I’ve played this year (2019, time capsule historians). On the other side of the stream are those who won’t like this: some aliens, those with trichophobia and Nintendo Switch owners as it’s a PS4 exclusive. Wrong! It’s on the Switch too, so stop dawdling and get it on the Nintendo Switch, Xbox One, PC and Gameboy Colour. Go on – what are you waiting for – a Christmas list? Speaking of which, add the Valfaris PS4 Signature Edition to that list. I’m not making any money for this link, but if you want to know what to get me, I’ll happily take it.
In this article:platform, PS4, run and gun, shooter 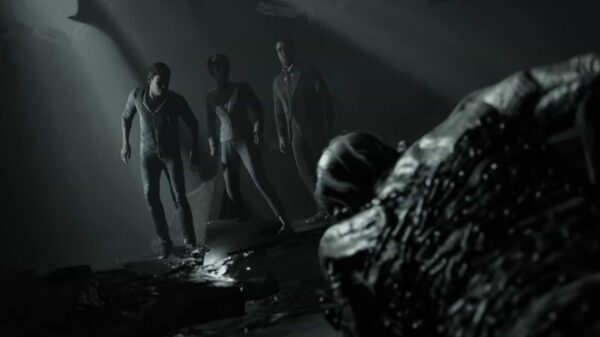 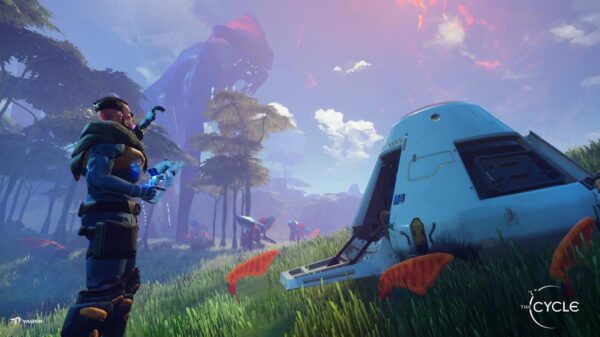 Time To Binge On The Cycle Season 3. It’s Free, Don’t You Know

A host of new features in The Cycle Season 3 has a focus on the social aspect in this quest shooter. 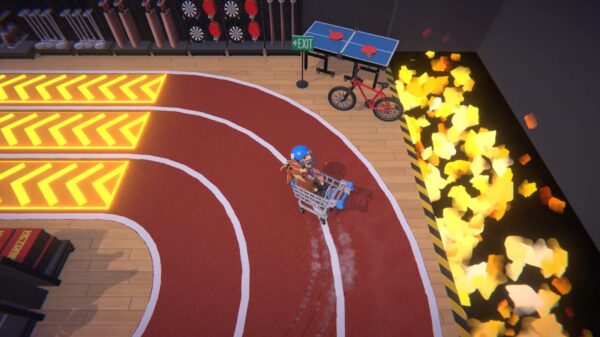 Supermarket Shriek Raises Hell In The Aisles This Year

Supermarket Shriek encourages screaming in the aisles as you and your goat avoid the nasties.

I have feeling that Deadly Premonition 2 A Blessing In Disguise will be released on the Switch today. 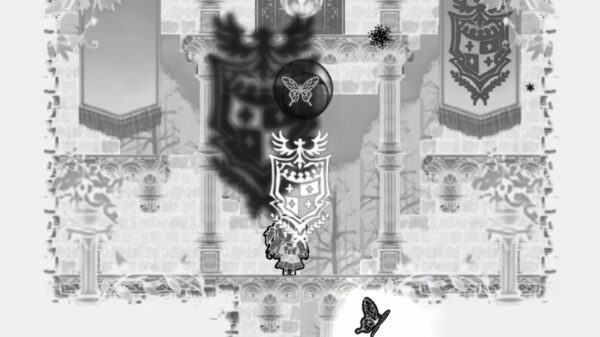 Save your town from the darkness in Neveah. You just have to escape the tower first! 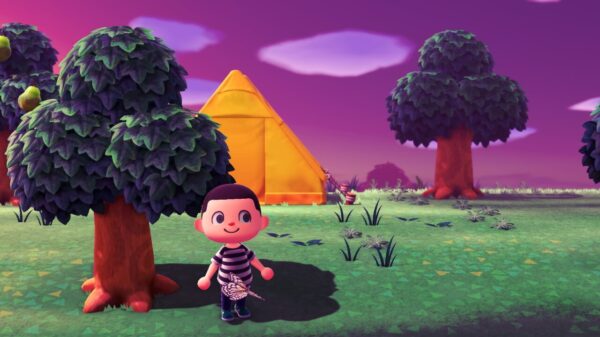 A spontaneous opinion on why I'd rather be playing Animal Crossing: New Horizons than mixing with humans.