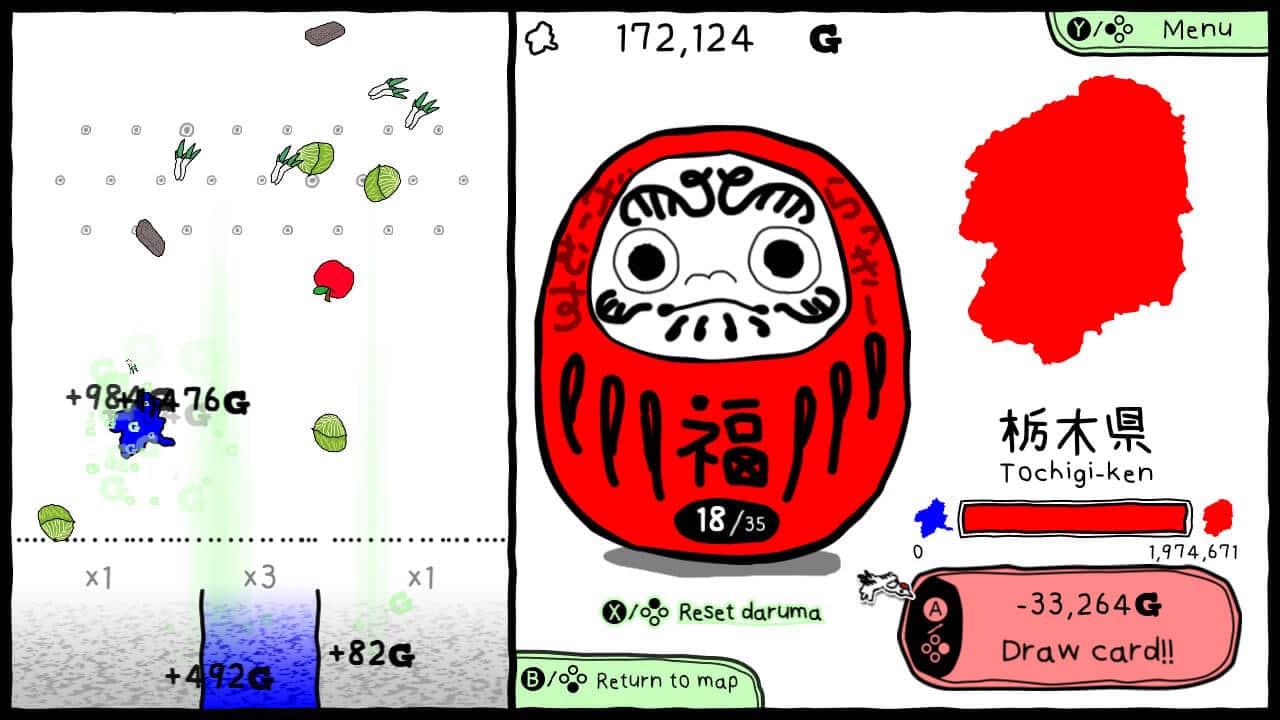 What the hell is this? A very crafty way to catch ignorant Switch users (me) in linking it up to Nobunaga’s Ambition purely because of a noun. But, it has a link to Japan and it’s in English too, so Gunma’s Ambition was one for me.

Who is this Gunma fellow then? Well, Gunma isn’t a person but a prefecture in Japan, sharing borders with Tochigi, Fukushima and more, but in layman’s terms, it’s north of Tokyo. I don’t know too much about the place but I’ve been there a couple of times. The first time we encountered a tornado and the second time was an earthquake. Otherwise, it’s was a nice experience. For more information on Gunma, contact the tourist board.

Anyway, on a binge of buying up titles and doing the classic ‘what can I get with the shrapnel?’, I balanced it out so that I could stock up on some lesser-known titles so there was the probability of getting a good game. Yet Another Zombie Defense HD was one of those included and was a bargain. Gunma’s Ambition, on the other hand, was five times the price and I have to say, wasn’t worth it.

Taking Over Japan. One Prefecture At A Time

The premise of the game is very simple; turn all the prefectures in Japan into Gunma. That means playing a mini-game where you collect various exports from the area to build up multipliers and earn a hi-score. As the score/points accumulate, you begin to convert the population to Gunma. What that essentially means is you turn a spot on the map from red, to blue. Then it’s classed as Gunma.

Now here’s the issue: it’s not a mini-game you play, it’s the actual game. Split into two portions, on the left of the screen is the play area and to the right is your real-time info on your Gunma campaign.

The left side of the screen is an avatar based on the actual prefecture that bounces on the spot. You can use either the d-pad, left analogue stick or L and R buttons to move it to the left or right to collect the various goods ranging from daikon to tomatoes. As you progress and level up, the items are higher value and offer bigger scores.

If you miss any of the items, they still pick up points as the bottom of the screen is split into three sections. The left and right thirds offer 1x the score and in the middle, 3x. I haven’t finished the game yet, for what may be obvious reasons, but I left it running while typing this review and built up a score doing nothing. Great strategy? Nope.

Gunma’s Ambition: It’s Not Just Conversions But Facts Too!

To the right of the screen is the prefecture you are trying to convert and the current population represented in red. As you earn points, it converts the population into Gunma (that is, what was once Tochigi prefecture is now Gunma prefecture). It’s stupid beyond belief but I found myself playing for over an hour at a time just for the grind, while also watching TV.

In addition to your currently selected prefecture to the right (you can also select a new prefecture at any time), there’s also the option to level up an area with more produce, which equals more points. It’s capped so I would suggest doing the fewer populated areas to earn some dosh so that you can level up.

Each prefecture has a certain amount for their population. This is essentially the difficulty level. In reality, there is no difficulty, it’s just the time as you’ll be doing the same thing throughout the entire game; collect produce to earn points, then conquer the prefecture by changing its colour. If you go to some of the more remote areas like the North, you can finish the level relatively quick as the 3 or so million population is much easier to finish than the 13 million displayed for Tokyo.

What’s So Special About Gunma?

Gunma’s Ambition has three options from its menu. The first is the Story Mode, which we’ve covered above, then you have the Party Mode and also a dictionary. Let’s skip to the dictionary first and make it clear that it’s not a dictionary. It’s more of an in-game fact sheet but has some interesting formation. If you’re into it.

For each prefecture, you get a list of the products they are known for. If you’ve ever experienced Japan, you’ll know that natives will praise local produce like a city called Utsunomiya has the best gyoza or Kasama has the best sake (my opinion), so it’s interesting to find out a few things about each prefecture. But… you can do this for free on Wikipedia and the dictionary has no benefit to the gameplay whatsoever.

It just seems like an afterthought to pad out the game as the gameplay is so limited, punters would probably want to feel that they get value with their purchase. Spoiler alert: it’s not value for money at all. Even if the information on each prefecture is mildly interesting.

There Are Other Ways For Gunma To Get Noticed

As I said, you can leave the game running and it will stock up on the points so you can complete the game 100%, but what’s the point? The only playable part of the game is the bouncing prefecture that shouts ‘Gunma’ every time you collect an item. The music is fine and a traditional piece you’d expect, but hearing ‘Gunma’ constantly is annoying as hell and borderline torture.

In the Party Mode section is a series of mini-quizzes. Games include locating specific kanji among similar-looking characters and a game where you have to identify each prefecture by shape. I got most of the latter right (though probably couldn’t do the same for the UK). In terms of a social session, I don’t see people playing this more than once as there are only so many prefectures to choose from and once you know the kanji, there’s not much else to do.

Gunma’s Ambition is from G-Mode who also released Kuukiyomi: Consider It, which I found a lot of fun and certainly worth the purchase, but I’m not going to recommend Gunma’s Ambition to you. I don’t want the responsibility. I don’t hate it per se. As you have read above, I’ve spent a few hours on it here and there, which I find very surprising, given that this game appears to be a fluke in getting it published at this stage. It’s already going to be a niche market, but for those who do play it, you will find that it’s lacking any real depth to call a playable game.

Moving Out Gets Its First Update And It’s Free!

Launching it's first FREE update, Moving Out offers a new mode as well as customisation options. 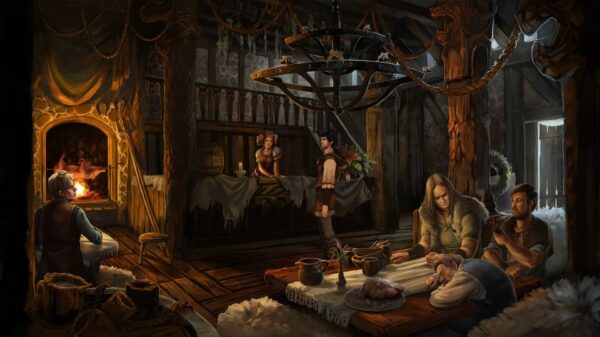 The Dark Eye Collection Revisited On Consoles This Month

Revisit The Dark Eye collection as it finally makes its way to consoles after being a hit on the PC. 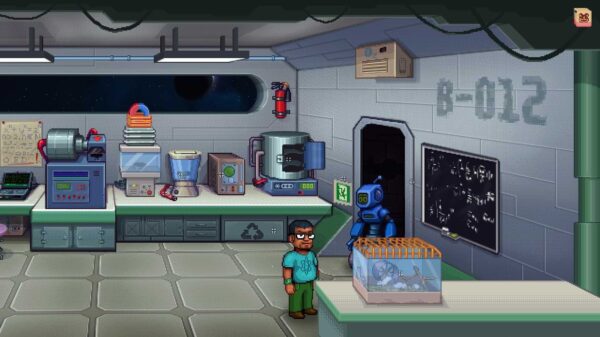 A five-episode adventure, Odysseus Kosmos And His Robot Quest is coming to the Nintendo Switch next month.

Don't quote me, but I don't think I'll tire of cyberpunk games - especially stealth-like games such as Disjunction. 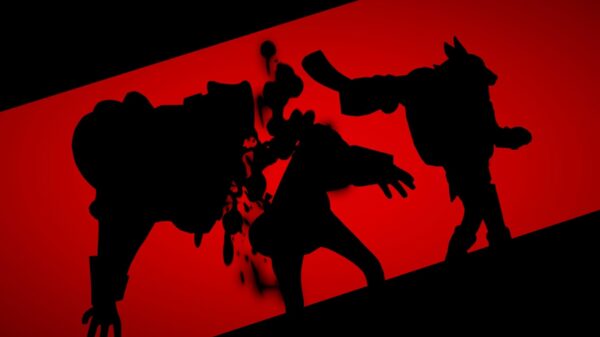 If you find poo jokes repulsive, give There's Poop In My Soup a miss. If you're a big kid and disgusting, you might find... 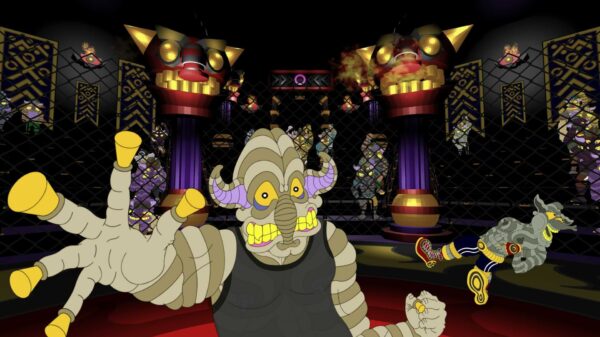 Inspired by Super Punch-Out!! but easily it's own game, Billion Beat is currently in Early Access via Steam. 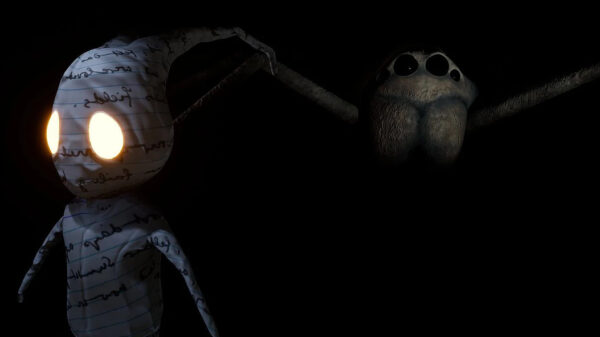 Wanna roll up into a ball? Sure, then turn into a rocket, bird... there are many things to morph into in A Tale Of...