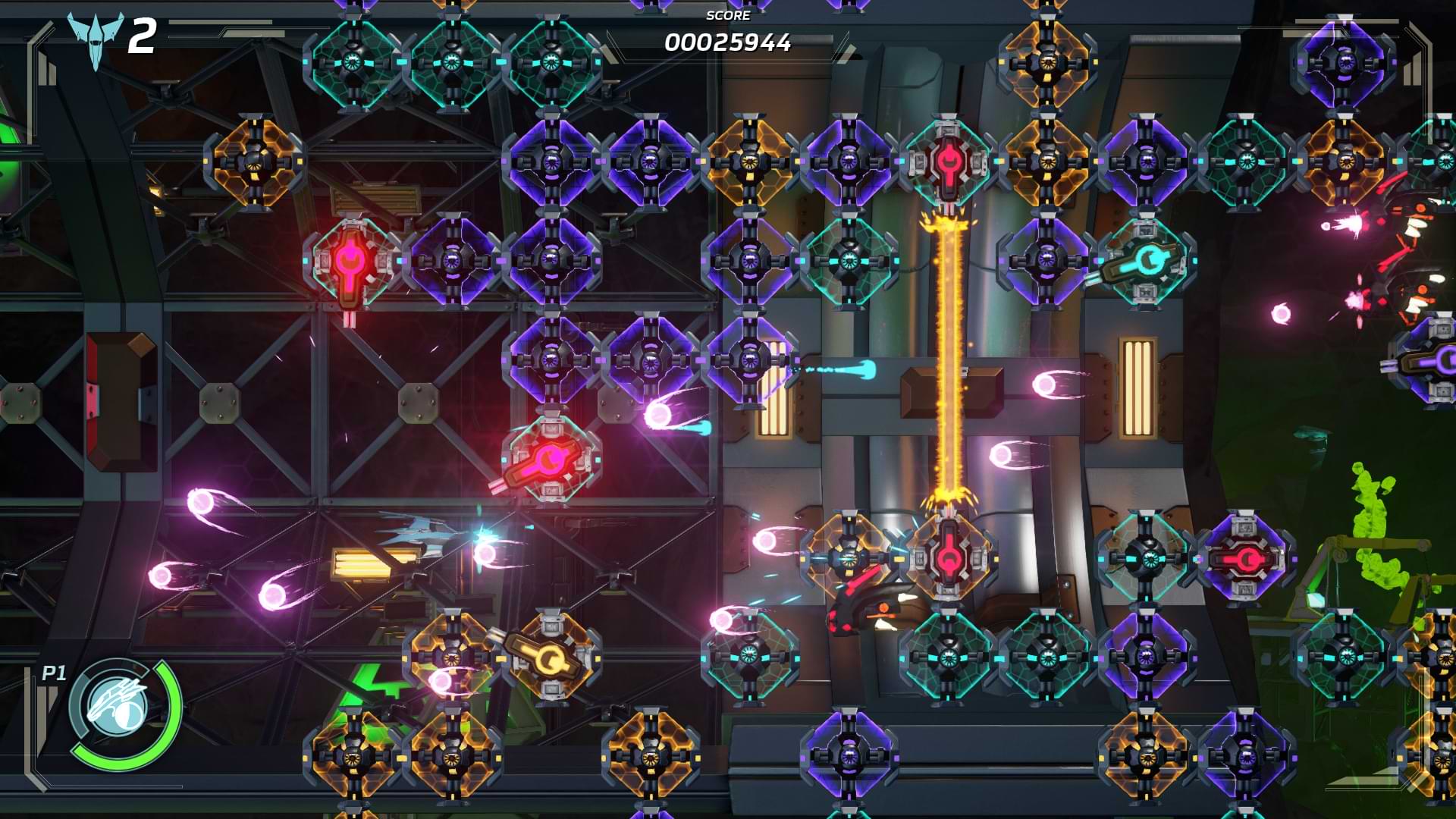 You know where you stand (or hover) with a shmup, but Galacide wants to test your skills by adding a hint of puzzle matching into the mix. As if bullet hell wasn’t, well, hell enough.

Coming to consoles this month, Puny Human’s shooter/puzzler uses classic shoot ’em up techniques with a Match-3 puzzle system. Often late to the party, but bottle still in hand, this term was new to me until I played Metropolis Lux Obscura. Now I get it.

As you should expect, you have to prevent an alien invasion, and in Galacide you’ll get to show off your pilot skills as well as the old grey matter by reaching the Bitwall.

You’ll need to fire at the Bitwall to ‘match 4 or more same-coloured blocks and to create a path to advance through. A precise mix of speed, skill, and good old fashioned quick-thinking is the key to success’. Sounds easy. Yeah, right!

We’re extremely pleased to bring Galacide to consoles… We think Galacide is the perfect fit for couch co-op sessions and a great way to add some fun to a long commute.

Galacide reaches the console universe on the 23rd of October and will be available for the PS4, Xbox One and Nintendo Switch. For PC fans, you can snag a copy on Steam.

Super Huey III – Get To The Retro Chopper!

Bite the wing that feeds you as you deceive the almighty Duck God in Ponpu, ...
By Vulgar
21 hours ago

King Arthur Knight's Tale is a modern spin on the mythological stories told via turn-based ...
By Vulgar
1 day ago

Revisit the days of the Amiga without using an emulator: 1993 Space Machine is a ...
By Vulgar
1 day ago

Planet Zoo Encompasses The Oceans With The Aquatic Pack

Bikini Alert PC Review: Nothing To Do With Beach Volleyball